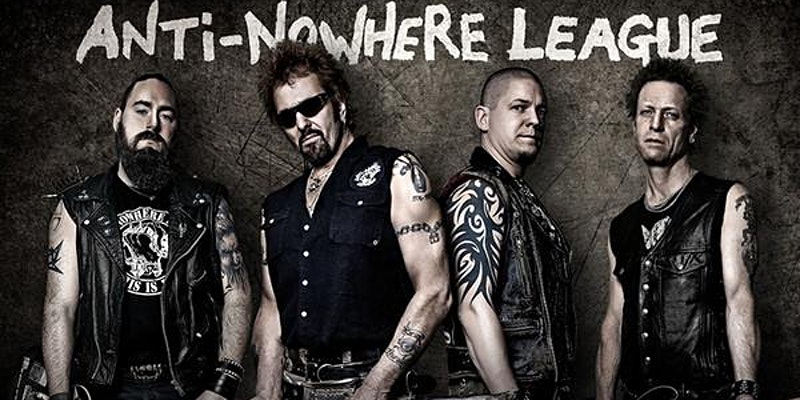 The Anti-Nowhere League-  www.facebook.com
… set out on the road in 1980 to prove they could be the worst band on Gods earth loud, violent, obnoxious yobbos with one mission… to get banned from every TV show, radio station and newspapers as possible just for a laugh……they were hated by the general public as well as ‘real’ musicians who thought they were a disgrace to the music business (and of course the fact they were pulling more people in their live shows than they were)…..with numerous encounters with the authorities they have continued to play and release new material away from the public eye….In this day and age it does not seem quite as big a deal as it was back then when they stood alone now a few of the ‘real’ bands have taken up the ‘flag’ to be original with attitude…long may independent bands continue keeping the music live and real…..long live the League.