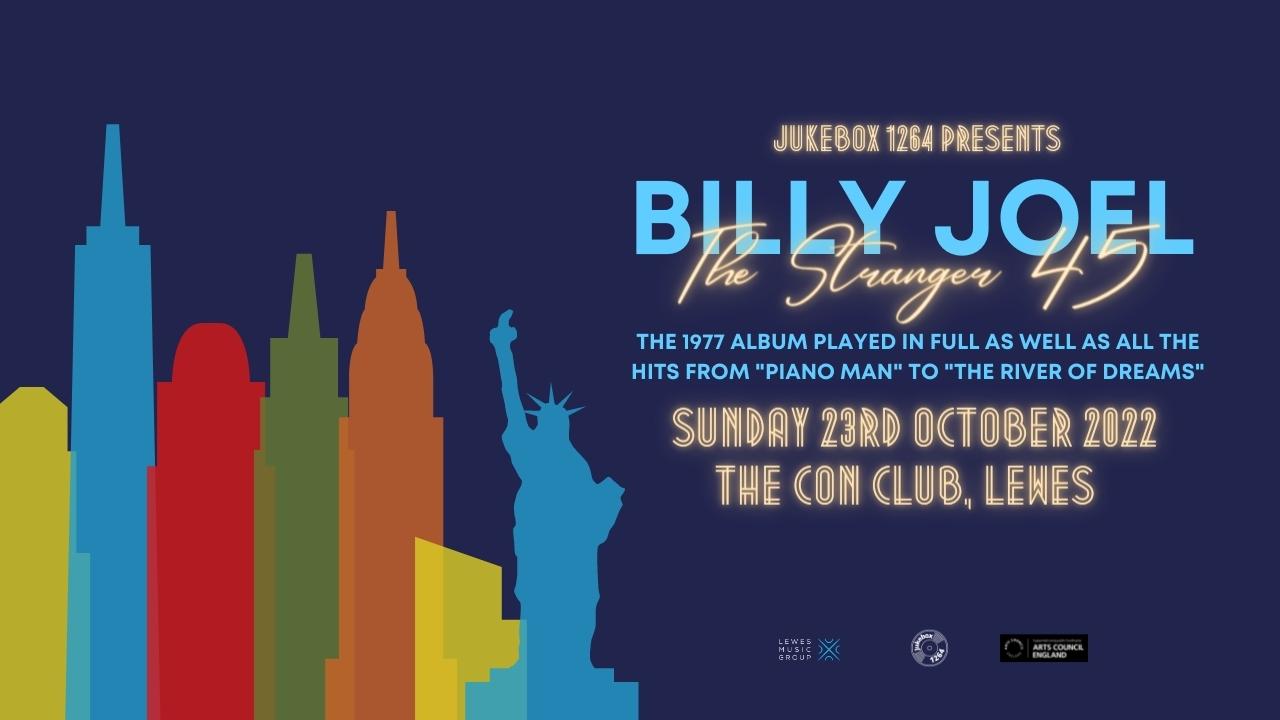 For over fifty years, Billy Joel has continued to be one of the most renowned songwriters and performers globally. Born and raised in New York, his music defines the state combining jazz, music hall and rock and roll.

In 1977, Joel released his fifth album, and arguably his greatest, The Stranger. Referencing his school days to the reality of growing up into adulthood, this record really is a tribute to how much Joel had achieved so far in his life.

Packed with hits such as ‘Movin’ Out’, ‘Vienna’ and ‘Just The Way You Are’, The Stranger is also a testament to Billy Joel’s musical prowess.

In this concert, expect to hear the album in its entirety performed by a 10 piece band! As well as The Stranger, be prepared for a second set full of Billy Joel classics including ‘Piano Man’, ‘We Didn’t Start the Fire’ and ‘Big Shot’.

Jukebox 1264 are a pop ensemble created by the Lewes Music Group. Their themed concerts pay tribute to eras, albums and artists throughout the last 60 years in popular music. Their debut concert in October 2021 at Lewes Con Club was a sell-out tribute to Carole King’s Tapestry.