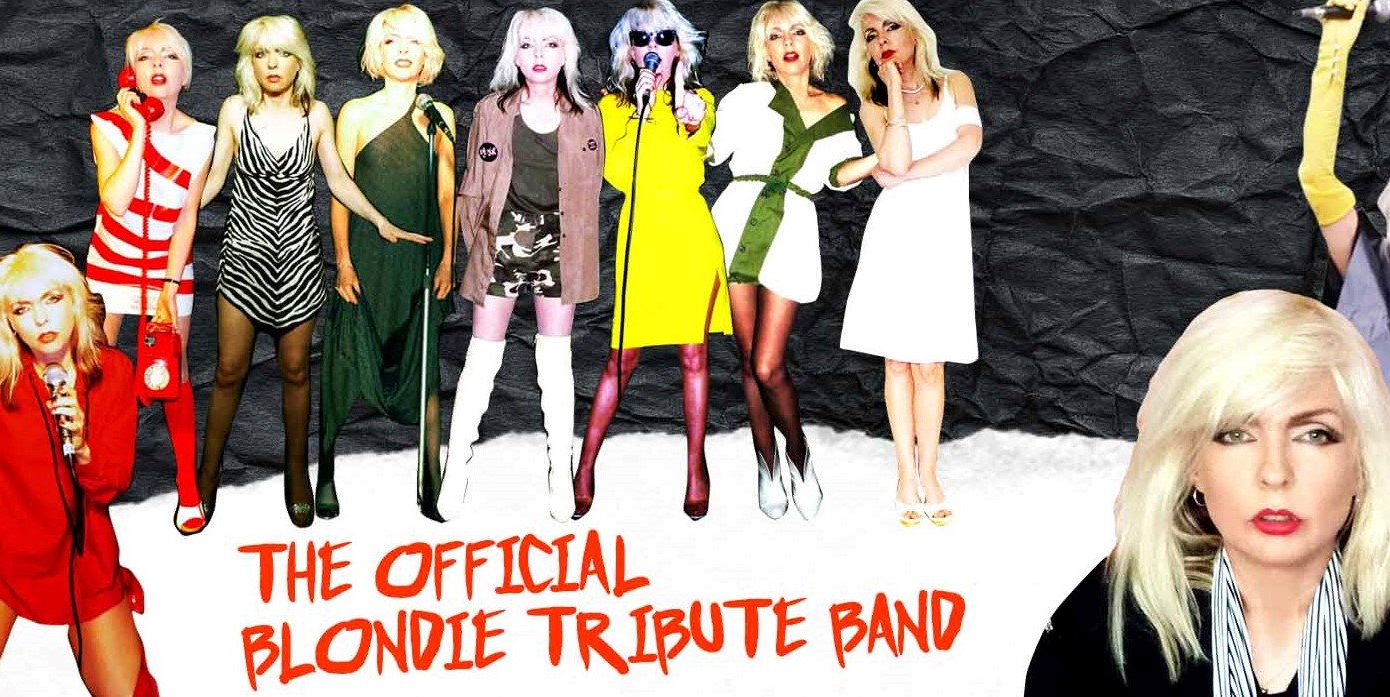 Due to the latest Government Covid 19 restrictions we’ve decided to reschedule this event.
The new date will be Saturday 6th November. All tickets will be valid for the new date. Keep safe.

BOOTLEG BLONDIE are the world’s No.1 official Debbie Harry and Blondie tribute band,established in 2001 and have played the infamous CBGB club in New York City, the Isle of Wight Festival, the Shepherds Bush Empire, London’s 100 Club and the legendary Hammersmith Palais and appear regularly at many top venues and festivals in the UK, Europe and around the world. Lead singer Debbie Harris (as seen on BBC1) says her pride and joy is her guitar that she plays during her shows, signed by all the Blondie band members.

Bootleg Blondie are honoured to have been thanked on the legit Blondie’s latest album ‘Pollinator’ and to celebrate 40 years since the release of Blondie’s iconic 1978 album ‘Parallel Lines’ Clem Burke, Blondie’s renowned and celebrated drummer, joined Bootleg Blondie on drums for not one but two UK tours in 2019 covering nearly 5,000 miles and playing to over 7,000 people!