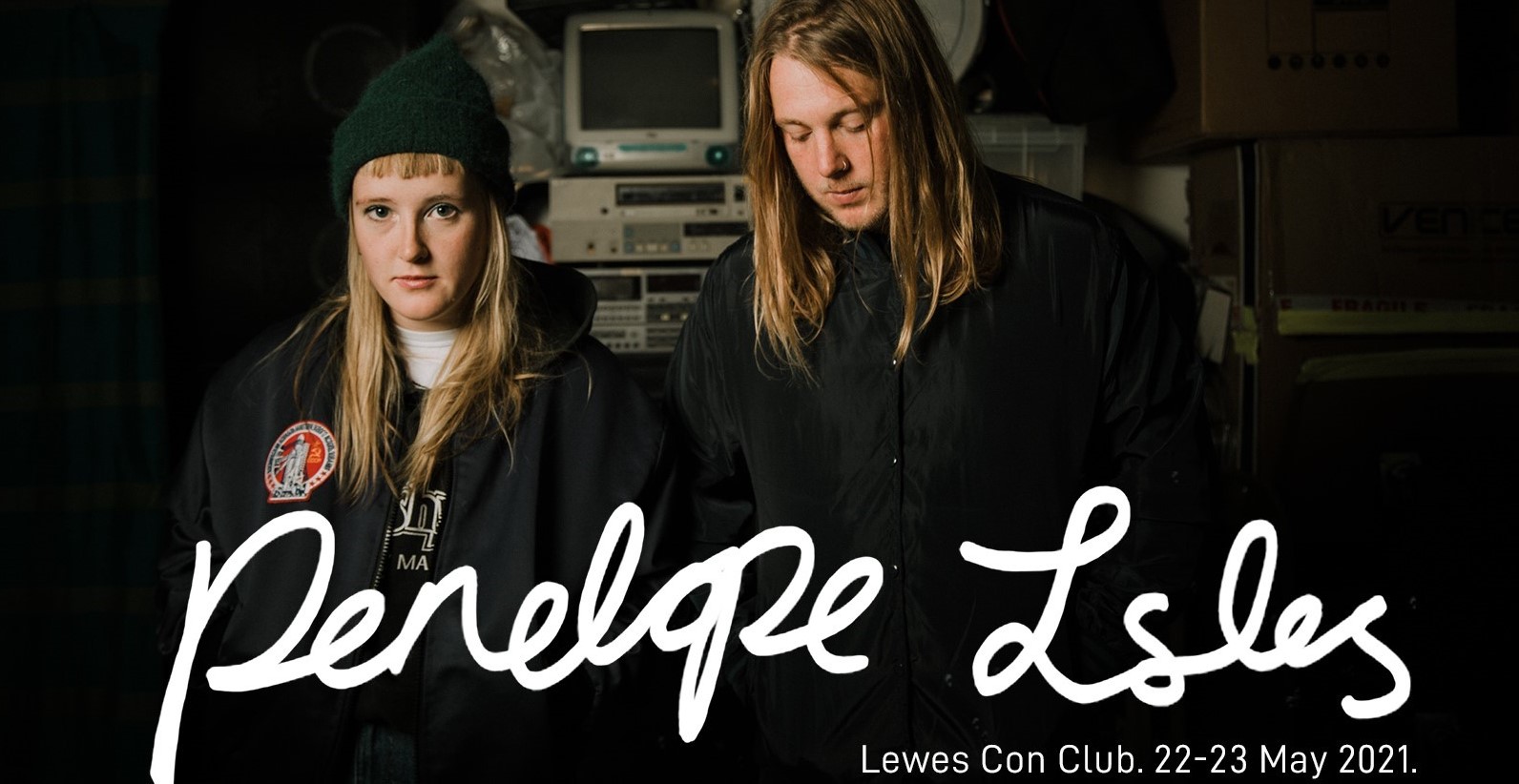 ALL SHOWS NOW SOLD OUT – Love Thy Neighbour Presents:

Penelope Isles plays Lewes Con Club for 4 socially distanced seated shows over the weekend of Sat 22 – Sun 23 May 2021.
This show has been rescheduled from September & December 2020, and March 2021. Tickets from March are valid for the new shows, but if you hold tickets from the September or December shows these need to be reallocated due to the change of format of this show, so please contact your point of purchase to do so.
Get tickets with no booking fee from: http://lovethyneighbourmusic.co.uk
or from: Resident (01273 606312), Seetickets & Dice
14+. Under 18s must be accompanied by an adult
Sign up to Love Thy Neighbour’s monthly mailing list >>>> http://eepurl.com/iCAfE
Show times:
Saturday 22nd May: 5.00pm – 6.30pm and 7.45pm – 9.15pm
Sunday 23rd May: *5.00pm – 6.30pm* and 7.45pm – 9.15pm   **due to high demand new show added
This from the band: “Thanks to everyone who has bought tickets for our postponed gigs at Con Club, Lewes. Tickets have been flying off the shelves and we’ve been working hard behind the scenes to make sure the show happens ASAP. We’ll be turning the original one night into a series of socially distanced performances at the Con Club in May 2021. This will mean a slightly different approach to things, but we promise you a great show! We can’t wait to see you all soon.”
For every sibling band forged in rivalry, many others mount an unassailable genetic argument for keeping the music in the family. The latter is assuredly the case with Penelope Isles, a brother-sister-centred alt-rock quartet from Brighton (via Isle of Man) whose debut album, Until the Tide Creeps In, was released through Bella Union last summer. Formed around the chemistry between dual songwriters Jack and Lily Wolter, the quartet’s expansive DIY mix of translucent dream-pop, fuzz-rock guitars and indie-psych flushes comes lovingly dipped in exquisite harmonies and lustrous melodies: a combination so intuitive, you’d think it was in their blood.
Though Jack and Lily write separately, their disparate songs were chucked into a shared pot and Penelope Isles surfaced, fuelled by a passion of lo-fi sounding records and a DIY ethos inspired by all those who sail its seas: Pavement, Deerhunter, Pixies and Tame Impala number among notable influences, alongside Radiohead and The Thrills.
’Until The Tide Creeps’ was included in Rough Trade’s top 100 albums of 2019 as well opening track ’Chlorine’ being named ’Song Of The Year’ by BBC6Music’s Shaun Keaveny. www.penelopeisles.com