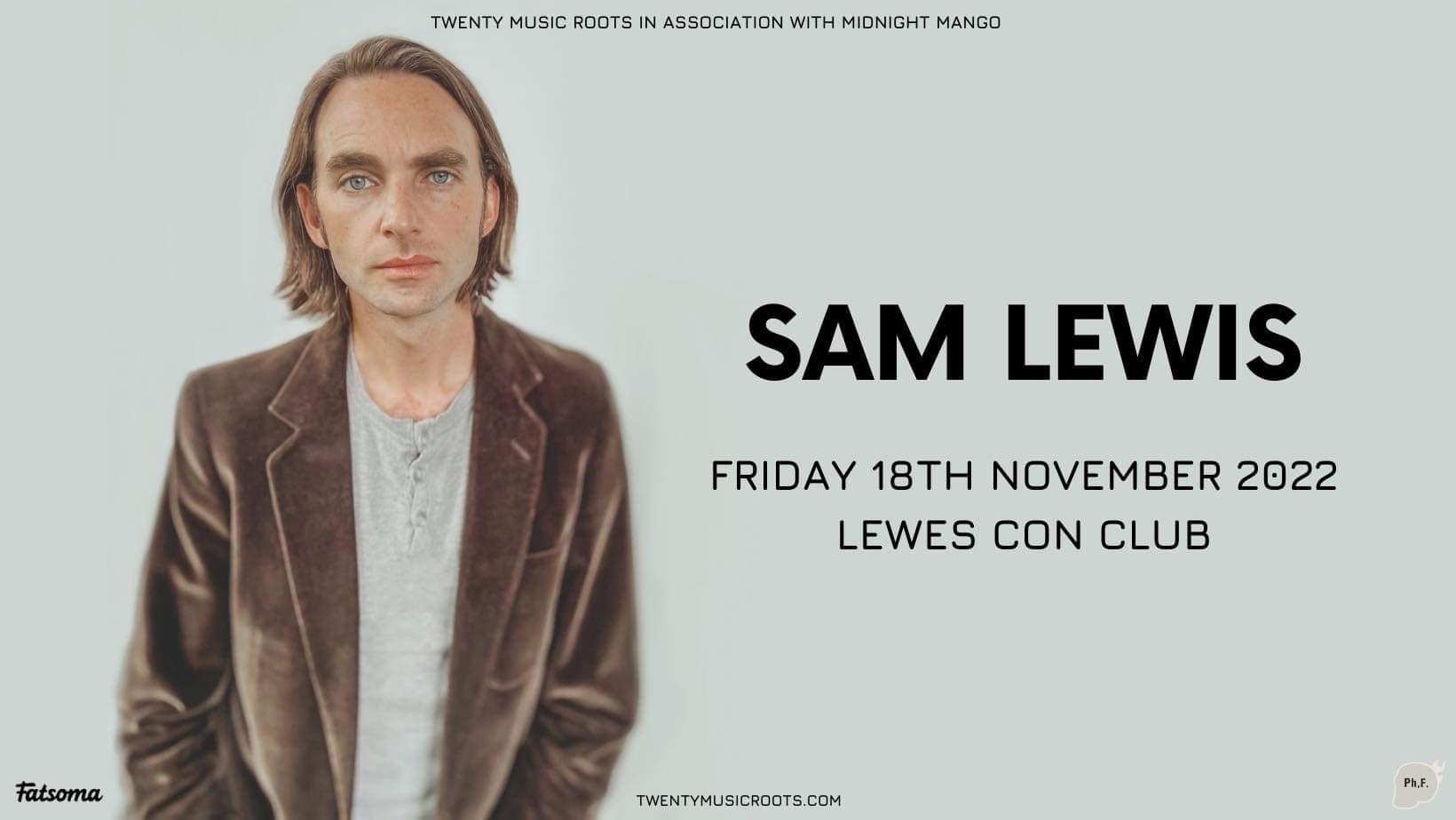 Download ICS Google Calendar iCalendar Office 365 Outlook Live
Twenty Music Roots presents: Sam Lewis live at Lewes Con Club, in association with Midnight Mango
Tickets: www.fatsoma.com
Bar 5:00pm. Doors 7:30. TJ Walker 8:15pm. Interval 15 mins. Sam Lewis 9:00pm. Live music ends 10:30pm.
Sam Lewis has collaborated with everyone from Leon Russell to The Wood Brothers. Chris Stapleton dubbed him “a modern Townes Van Zandt”. He’s often labeled with some form of the word ‘soulful’ (some have even compared his voice to molasses), Lewis’ style meets at a juncture of many different genres however he’s discovered what most musicians spend lifetimes working for; the place where feel-good music meets vital social commentary.
After spending a nomadic youth throughout the Southeast (USA), he began calling Nashville home in 2009. Since then he’s been joined on his journey by some of music’s most righteous and luminary figures. He has pressed the first few chapters in his career’s studio anthology with the release of his self-titled debut (2012), sophomore release Waiting On You (2015), third studio release Loversity (2018) and live-acoustic album Solo (2020). All have received critical acclaim and each session has grown with the legendary family for which he has adopted to curate and share his musical inner-vision with his listeners.
While each album has a distinct sound, they all circle back to one universal theme and certainly something you will hear Lewis preach to his audience, “we are all trying to get somewhere — all running from something or toward something; we’re all in it together, though.”

TJ Walker is a Country/Americana singer, guitarist and songwriter, living on a river delta in the Deep South of… The United Kingdom!

In a relatively short period of time, he’s built up a rich repertoire of original Country and Americana material, and has written and recorded his first album, playing all the instruments, recording and producing the album himself in his studio at home. As he explains, “My debut album ‘The Long Game’ contains 10 songs that I’m very proud of, combining the influences and funky Country grooves of The Band, Brothers Osborne and Little Feat with the stories and imagery of my favourite lyricists like Jason Isbell and Lowell George.”