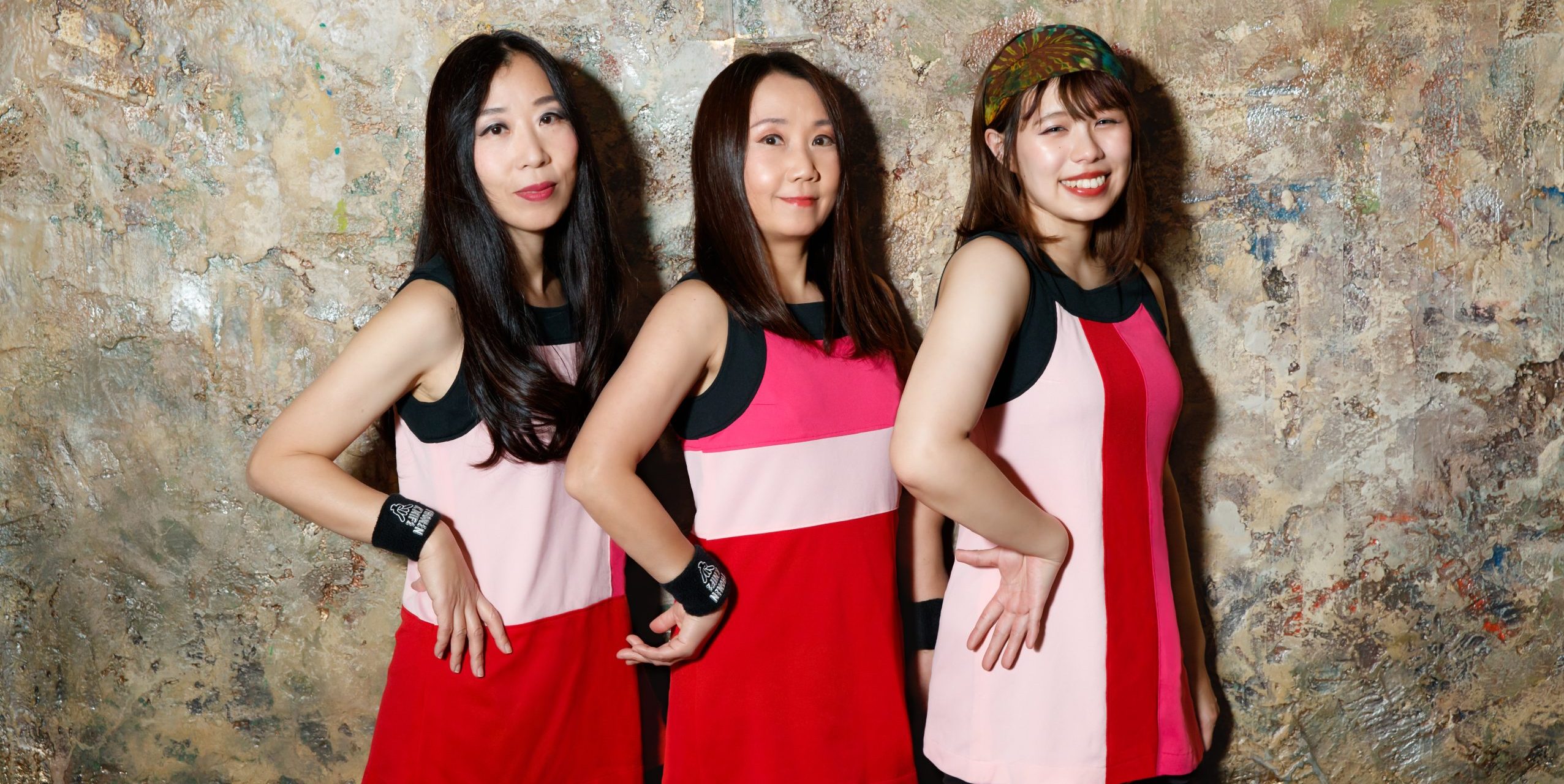 Download ICS Google Calendar iCalendar Office 365 Outlook Live
Love Thy Neighbour Present: Shonen Knife + The Kut
Tickets from dice.fm
OR:    www.seetickets.com
This show has been rescheduled from 3rd October 2021 and 17th April 2022 and is now 16th April 2023. This is from the band: “Now we decided to re-schedule our EU/UK tour from 2022 to 2023. We really wanted to play in Europe and UK after 3 years but judging the situation of nowadays, we had to give up to carry out the tour in 2022. We apologies to ticket holders and our fans in EU/UK. Our tour is re-scheduled in 2023. We are very looking forward to see you again in 2023. We will keep ourselves healthy and I will make more fun songs until then. We hope your good health and happiness. See you next year. Your tickets are still valid for the new show”
“When I finally got to see them live, I was transformed into a hysterical nine-year-old girl at a Beatles concert.” – Kurt Cobain
Shonen Knife – from Osaka, Japan – formed in 1981 by sisters Naoko & Atsuko long before terms like ‘riot girrrl’ and ‘girl rock’ entered the lexicon, the all-female trio were happily snapping guitar strings to the sound of imported Ramones covers.
Like fellow cult Japanese girl group The 5,6,7,8s, Shonen Knife have weathered decades of musical change by adhering to what they know best: belting out their own infectious brand of feelgood pop-punk.
Over the last 40 years they might not have packed out out stadiums but have been credited as a huge influence on alt rock acts from Sonic Youth to Nirvana. Despite years on the road, their enthusiasm for live performances remains a joy to see as they delve into an extensive back catalogue ranging from solid thrash rock through to hit parade melodies.
But key to their success has been a disarming, often slightly surreal, take on their punk and rock influences – and with songs titled Tortoise Brand Pot Cleaner could they ever be accused of taking themselves too seriously? – Manchester Evening News shonenknife.net
Support is from glam-rockers SLANT! The Brighton-based inter-galactic powerhouse that have two singles under their belt, and we can’t wait to see them play! www.facebook.com