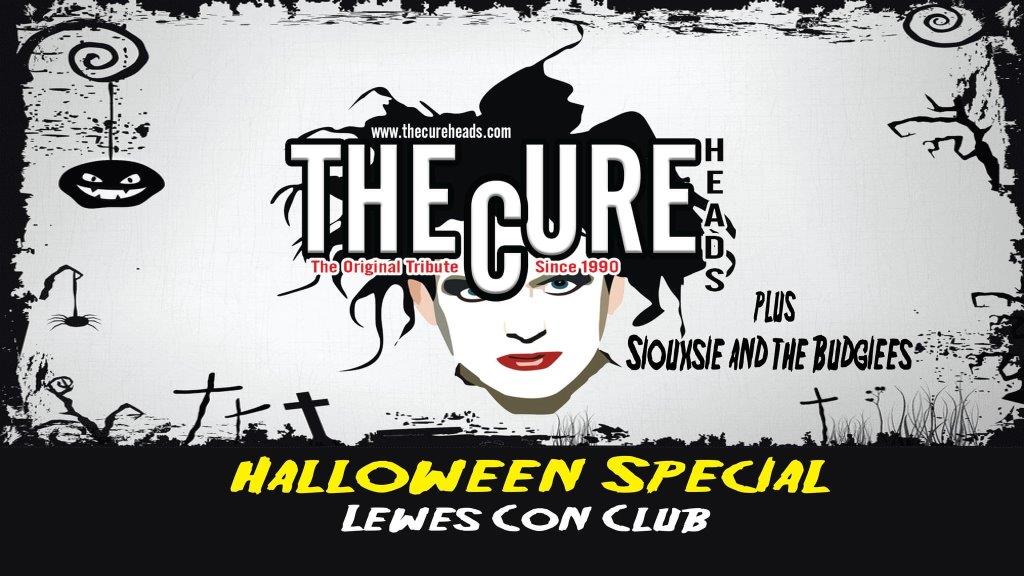 The Story of Goth tour; Featuring The Cureheads with support from Siouxsie and the Budgiees.

The band has toured in the UK, the USA, continental Europe, and South America, playing festivals, including opening for Echo and The Bunnymen and The Pretendersat Guilfest. The band state that they strive to re-create the experience of seeing a mid to late 1980s concert by The Cure, including not only the sound, but also the wardrobe and attitude.

Come dressed as ghouls and ghosts for this special Halloween celebration!