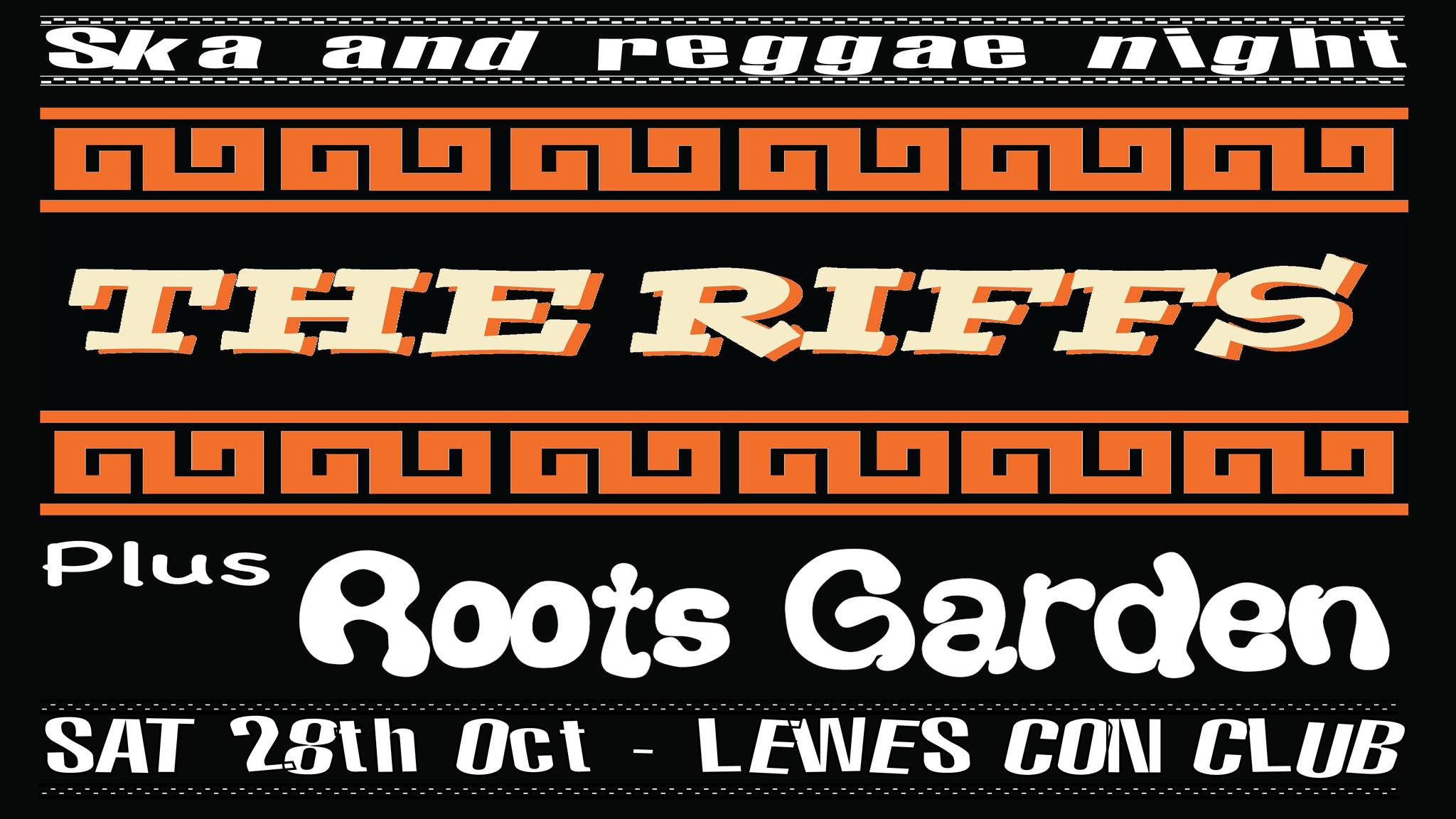 Download ICS Google Calendar iCalendar Office 365 Outlook Live
Black Rabbit Productions Presents: Ska & Reggae Night feat: The Riffs & Roots Garden
Bar from 5:00pm. Doors 7:00pm Tickets: www.seetickets.com/event/ska-reggae-night-feat-the-riffs-roots-garden
The Riffs. I suppose back in 1989 was when it all started – you’d have to ask Mark “Clem” (drums) – he was a founder member of the band.  Since then, The Riffs have released a some albums, a handful of singles and appeared on dozens of compilation albums around the world. Famous for a being a fantastic live band, The Riffs have appeared all around the UK and Ireland as well as in Austria, Belgium, France, Germany, Italy, Holland and Spain.
The Riffs have shared the billing with Laurel Aitken, Madness, The Specials, The Skatalites, The Selecter, Neville Staple, Edwin Starr, Desmond Dekker, Bad Manners and loads of others.  When The Specials reformed in the 1990s, The Riffs were the support act for their first gig at London’s Mean Fiddler. The band have also welcomed Buster Bloodvessel, Dave Barker, Winston ‘Mr Fixit’ Francis and Paul Fox of The Ruts to the stage as special guests.
The band returned in 2011 with a triumphant comeback at London’s 100 Club and with a first new album in donkeys years in August 2013 – FUTURE. The band’s latest EP release ‘Wiggle’, released in the Spring of 2021 can be bought at all live shows and streamed online as The Riffs continue with their unique take on original ska and reggae they have become known for.
Still bringing the party to live venues across the UK and beyond, from Darlington to Dortmund and everywhere in between, The Riffs are in their greatest form to date and a true must see.
The Riffs are Spenny (guitar, vocals), Clem (drums), Stevo (keys, vocals), Jon (bass) and Adam (Harmonica).
Plus support from Roots Garden