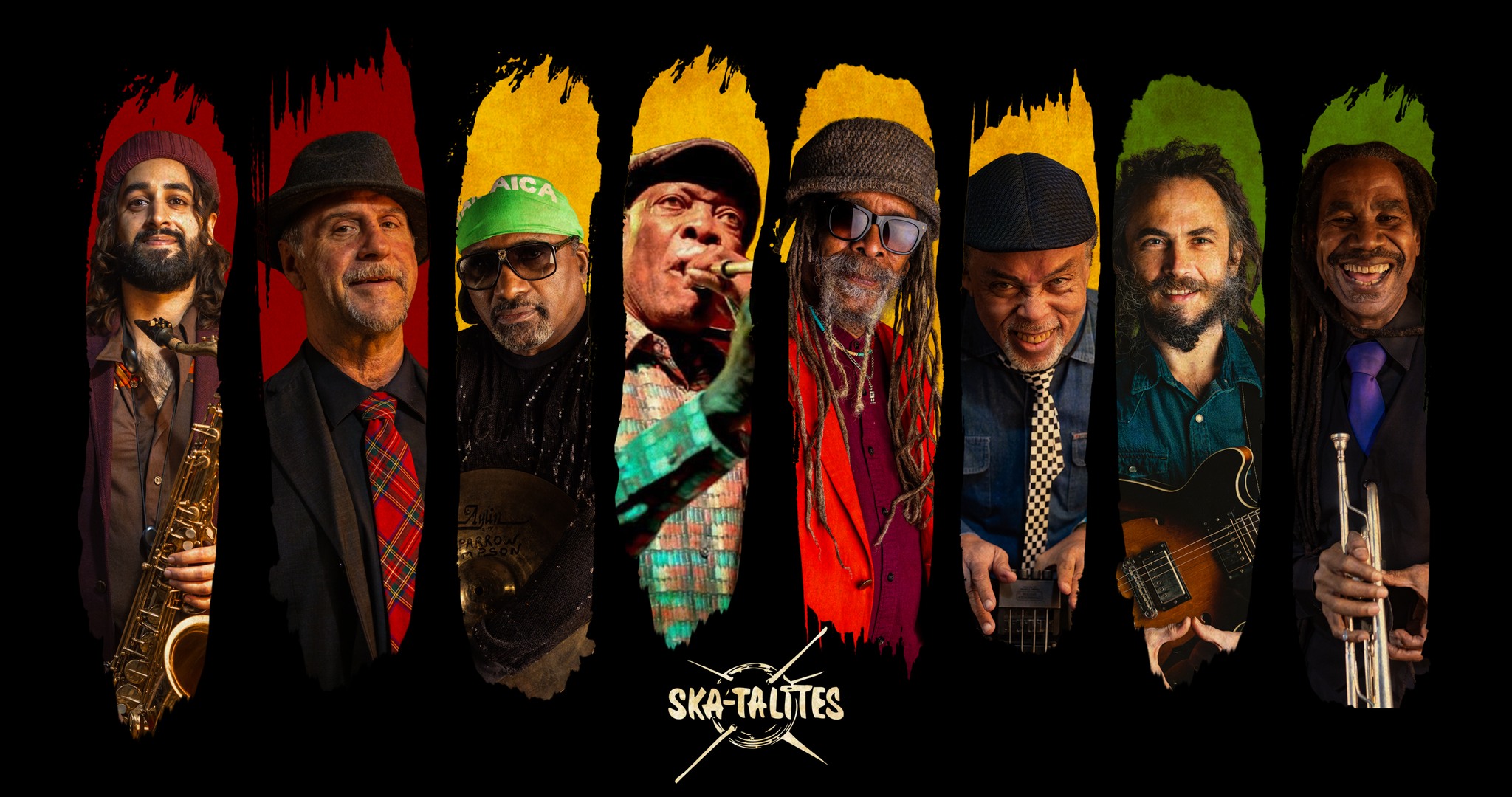 Download ICS Google Calendar iCalendar Office 365 Outlook Live
Global Beats Promotions presents: The Legendary Skatalites
Bank Holiday Monday 2nd May 2022 – Bar from 5:00pm, Doors 8pm – 11.30pm
Tickets available HERE: https://buytickets.at/globalbeats/655897
Without ska, there is no reggae. Without The Skatalites, there is no ska.
It’s hard to overstate the importance of The Skatalites for the development of Jamaican music. They began life in the early 1960s as a loose group of Jamaica’s top session musicians playing together in various studios and producing hit record after hit record. In those studios, they backed all of the island’s vocal artists, including The Wailing Wailers (featuring Bob Marley, Peter Tosh and Bunny Wailer), Toots and The Maytals, Jackie Opel, Doreen Shaffer, Ken Boothe or Alton Ellis. Their recordings became the soundtrack to and the joyful expression of Jamaica’s independence in 1962.
In 1964, having already played together for years in various constellations, those musicians to finally record and perform in their own name, calling themselves The Skatalites. Between May 1964 and August 1965, they recorded hundreds of instrumentals and vocal tunes. But then, for various reasons, they disbanded and pursued their own individual careers.
In wasn’t until 1983 that most of the members reunited and started playing shows in Jamaica and abroad. In the meantime, their music had spread around the world, especially in England, where there was a massive revival in 1979 and ska had become known as 2-Tone with bands like Madness, The Specials, The Selecter, The English Beat and Bad Manners all paying homage to the music of The
Skatalites.
Most Skatalites has emigrated to the USA by the mid-1980s and began playing together more regularly from 1986 onwards. In 1989 they embarked on their first tour of the USA as the support act for the legendary Bunny Wailer, followed by their first headline tour in the USA with 25 dates across the country. In 1991, they started touring Europe and the world and have not stopped since. From Glastonbury to Fuji Rock, from Montreux Jazz Festival to the hottest clubs in all corners of the world, The Skatalites continue to excite their audiences with their own infectious brand of original Jamaican
ska.
The 2022 line-up features Jamaican legends Vin Gordon, Larry McDonald and Val Douglas – who shape reggae music.
Vin Gordon aka Don Drummond Jr. is an Alpha Boys School graduate and arguably Jamaica’s most important trombonist along with his late brothers, Don Drummond and Rico Rodriguez. He was the main trombone player for Studio One and can be heard on thousands of the most vital recordings coming out of Jamaica in the 1960s and 1970s, including what has become the most popular reggae riddim of all time, Real Rock, which he co-wrote together with original Skatalite Jackie Mittoo.
“New boy” Larry McDonald, who turns 85 in 2022, started playing at around the same time as The Skatalites. He was a percussionist with Carlos Malcolm’s Afro-Jamaican Rhythms, Toots & The Maytals and Count Ossie’s Group, but he later also played in the bands of Gil Scott Heron, Taj Mahal, Lee Scratch Perry and has been a cornerstone of Dave Hillyard Rocksteady 7 for many years.
Val Douglas is not only the bassist of The Skatalites but arranger, composer and producer who has made music with the essential icons of Reggae, Ska, Rockstead, Dub and soul among other genres: from Bob Marley to Dennis Brown, from Peter Tosh to Abyssinans, from Bob Andy to Toots, from Bunny Wailers to The Skatalites to name a few.