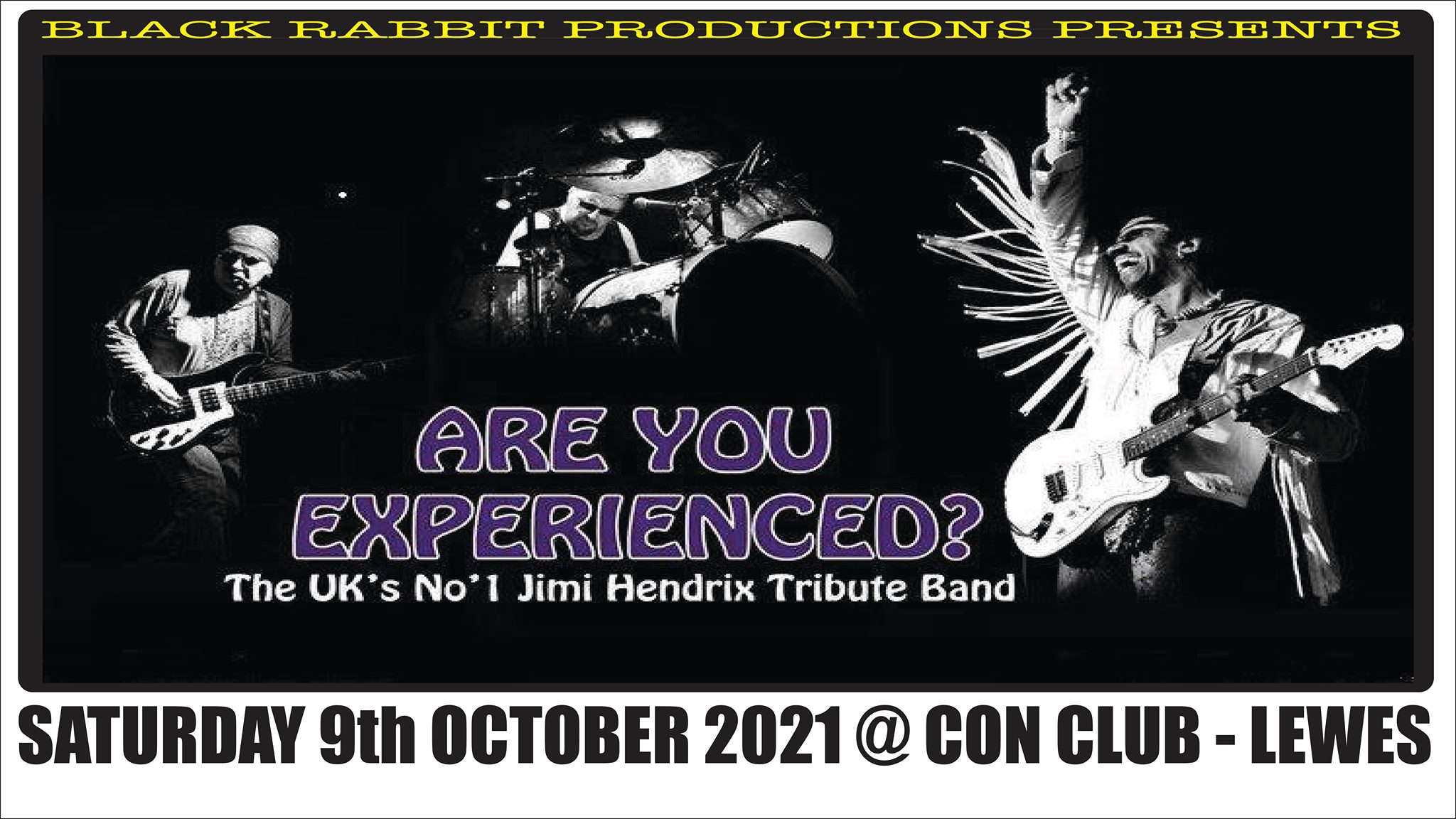 We have had to move this show to the 22nd October 2021. All tickets remain valid for the new date. If you cannot make the new date, you can get a refund from SEE tickets. We apologise for this situation, and hope to see you all on the 22nd October. Black Rabbit Productions

Black Rabbit Productions Presents: ARE YOU EXPERIENCED?
Tickets here: www.seetickets.com
THE EUROPES TOP JIMI HENDRIX TRIBUTE
ARE YOU EXPERIENCED are now widely accepted as the No.1 tribute to Jimi Hendrix.
Formed in 1996 by John Campbell, the onstage resemblance is there for all to see. With showmanship that harks back to Jimis late 60’s performances, even the most ardent fan would raise a wry smile.
John has appeared on “The Trisha Show”, Talk Radio with Lorraine Kelly, Sky One’s “Death by excess” & The One Show.
The band were featured on BBC 2’s Arena special on tribute bands…”Into The Limelight” to critical acclaim.
In November 2009 Are you Experienced? were invited to play “The Barbados Virgin Atlantic Music Festival”, and more recently were proud to open” The Isle Of Wight 2010 Festival” to mark 40 years since Jimi Hendrix performed his last major appearance there,
The band also played at The Troubadour, London to mark the 40th anniversary of the death of Jimi Hendrix on 18th Sept. 2010.
A film crew from Brazil were at the gig to film the bands set and the producer was impressed enough to have included some of the footage in his new film about Jimi Hendrix, and, invite the band to play at the films launch at The Hard Rock Café, Rio De Janeiro. Brazil on 12th April 2011.
Are You Experienced? Are regulars at The Rhodes Rock festival held at
Lindos. Rhodes. This is said to be the largest classic rock tribute band festival in Europe.
“Unnervingl Accuracy”
“GUITARIST”
“The sound that came from his guitar was genuine talent”
“SUNDAY TELEGRAPH MAGAZINE”
“Wow! I mean Wow!”
Darren Redick PANET ROCK RADIO.
Plus support TBC