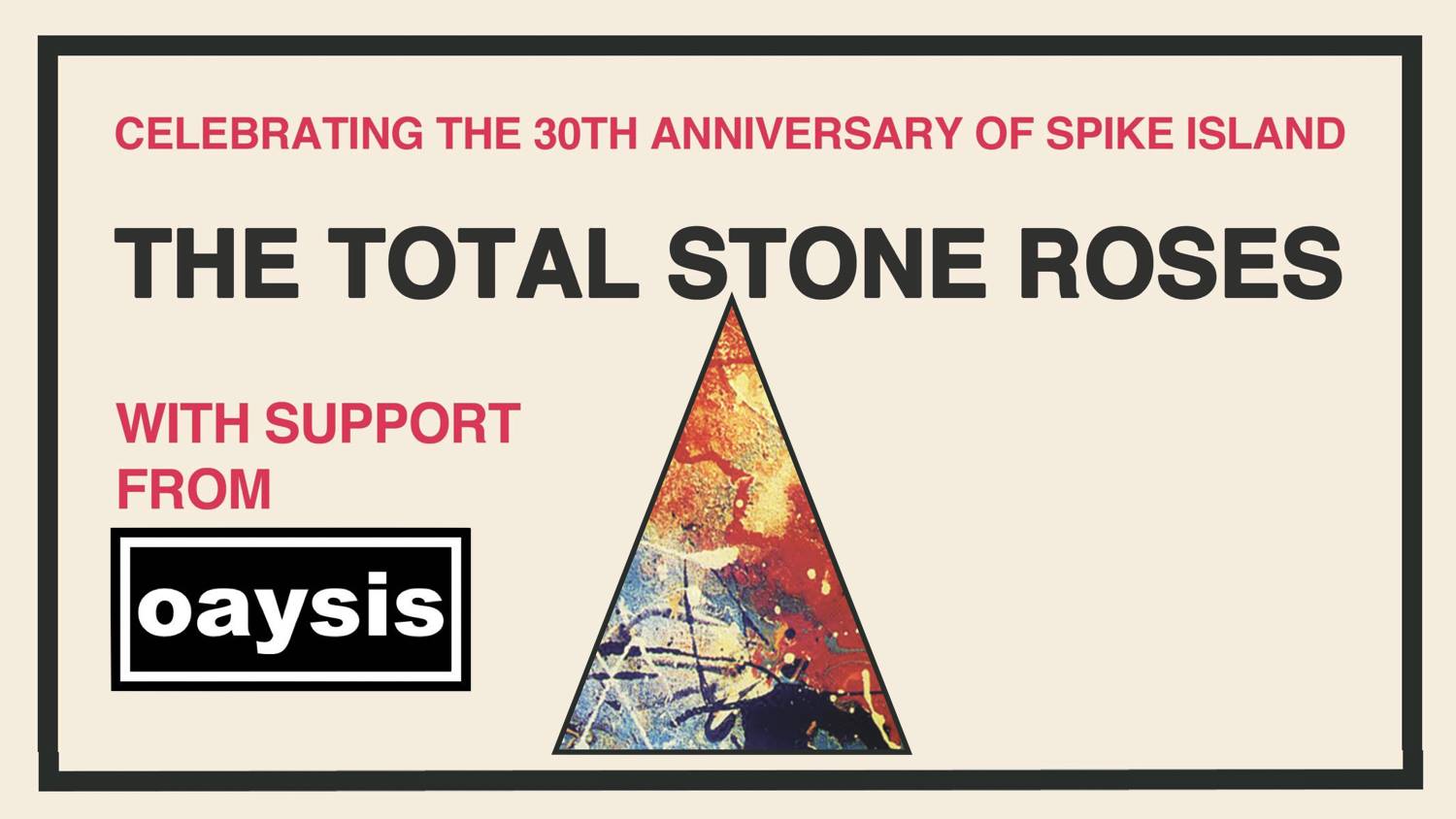 Download ICS Google Calendar iCalendar Office 365 Outlook Live
The Total Stone Roses present…
The Spike Island 30th Anniversary Tour: 1990 – 2020
Tickets   www.wegottickets.com/event/496489
In 1989, The Stone Roses released their seminal debut album ‘The Stone Roses’ and the following year cemented their reputation as one of the UK’s most notable acts by performing at Spike Island, Widness on May 27th 1990. This was a generation defining gig, a gathering of people during ‘the second summer of love’ that epitomised the Madchester and Rave counter culture movement of the late 1980’s & early 1990’s.
In 2020, The Total Stone Roses (UK’s No.1 Stone Roses tribute) celebrate the 30th Anniversary of this incendiary event with a full UK & Ireland Tour.
If you love I Am The Resurrection, Made Of Stone, Fools Gold, Waterfall, She Bangs The Drums and many more then do not miss this exclusive opportunity to hear your favourite Stone Roses anthems performed live by the UK’s finest tribute!
Support comes from Oaysis, one of the UK’s best Oasis tribute bands performing a hits packed set that’s guaranteed to be BIBLICAL!