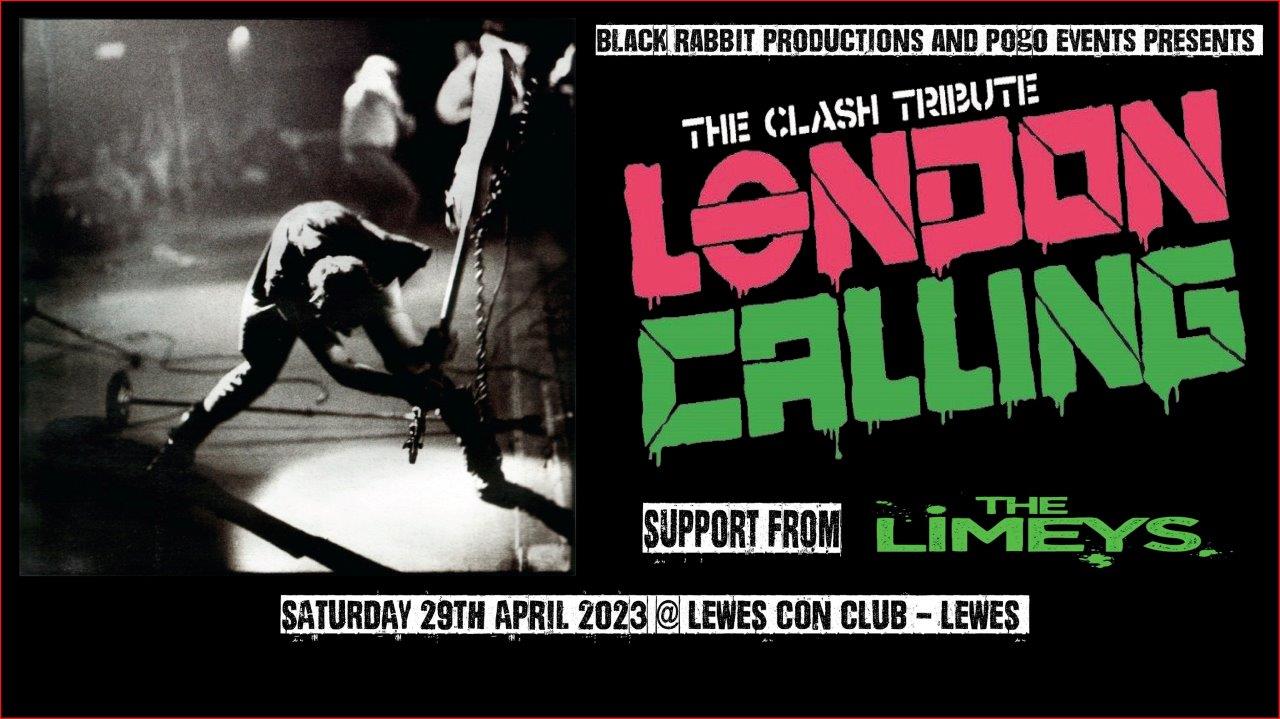 Download ICS Google Calendar iCalendar Office 365 Outlook Live
Black Rabbit Productions & Pogo Events Presents: London Calling – A Tribute to the Clash
Bar from 5:00pm / Doors 7:00pm / Starts 8:00pm
Tickets: www.seetickets.com
London Calling were initially formed for a one-off charity gig on the anniversary of Joe Strummer’s death. After playing the short (12 song) set they were asked to play the whole set again, with half the audience joining them on a tiny, rickety stage. After that they decided to take it a bit more seriously!
After several line-up changes and a couple of years off, the line-up is now Reg Shaw aka Joe Strummer, Dave Devonald aka Mick Jones Joe Guatieri aka Paul Simonon and James Wise aka Topper Headon/Terry Chimes. They have been in the Julien Temple directed Joe Strummer biog The Future Is Unwritten and they have been playing to rave reviews to bigger and bigger audiences across the UK and beyond. As well as playing in the US, in 2019 they played a sell-out 10 date Australia/NZ tour. Recently COVID has changed their frantic gigging schedule, but they are now back on the road bringing the sound and the power of The Clash across the UK!
Plus Support from The Limeys