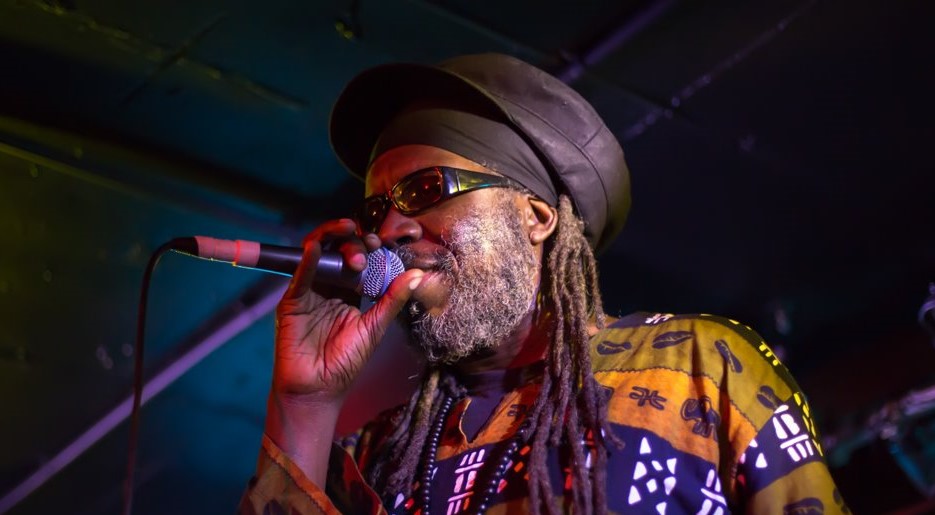 Macka B was one of Britain’s most influential dancehall toasters, pushing the music back toward a Rastafarian political consciousness. His rough, gravelly vocals gave him an instantly identifiable sound, and his production — chiefly handled by Mad Professor — updated dub reggae techniques for the dancehall age, proving that the two sounds weren’t mutually exclusive. Although the vast majority of Macka B’s material was devoted to spiritual and social messages, he did lighten the mood with occasional humorous novelty material. He shunned any aspirations for a commercial crossover, however, staying true to the sound and spirit of reggae’s roots. His 1986 album Sign of the Times still remains a milestone of British reggae, and he continued to record for Mad Professor’s Ariwa label into the new millennium.
Hailing from Brighton are The FreeDub Press. A six-piece outfit that create fuse dub, reggae, ska and hip-hop with punk inspired lyricism that doesn’t sit on the fence. Chris William’s soaring lead vocal creates a wave of melody that bounces off the contrast of Dean Ormsby’s gritty rhymes that explore serious issues and connect with audiences of all backgrounds. The lead vocal duo are backed by solid, pumping beats, groove heavy bass lines, bubbling keys and melodic sax which all blend together to create a truly unique sound.
Easy Skankin are a collective of some of the best Reggae DJs in Brighton. All have impressive backgrounds, which when bought together promises to uplift your soul as you skank to the sounds of Ska, Rocksteady, Roots, Rubadub and Dancehall!