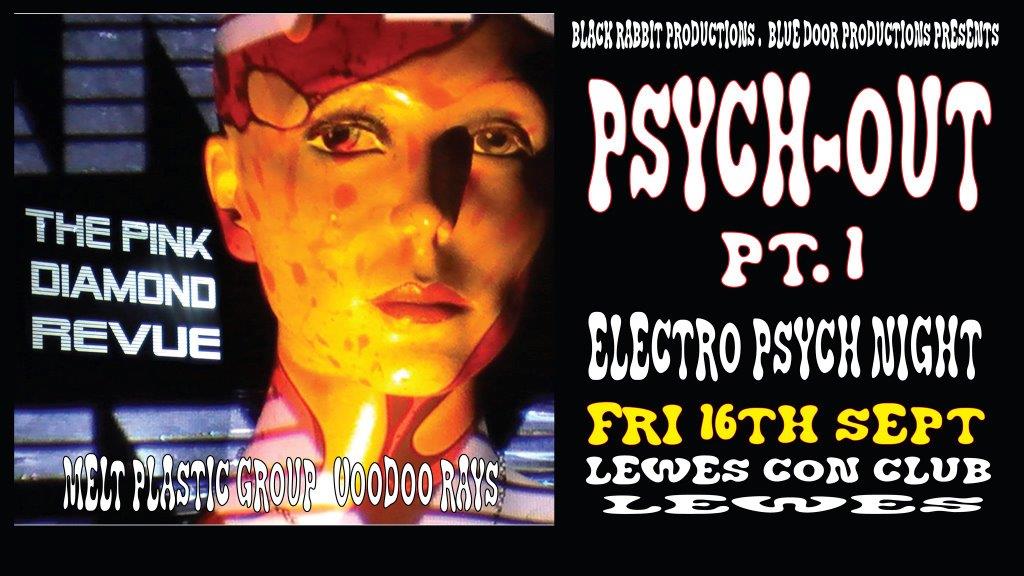 The Pink Diamond Revue – ”An audio-visual cinematic masterpiece more than just a live band, The Pink Diamond Revue symbolise the spirit of the Vapour Trail with their sexy electro-psychedelia. Fronted by a genuine mannequin. Surreal samples, stuttering guitars and renegade rhythms before hypnotic visuals all collaborate to create a world where Kraftwerk meet sex and you find love.” The band have played nearly 300 live shows in UK and Europe since forming in 2015. The Pink Diamond Revue are a 3 Piece Electro/ Dance/ Psych band fronted by Acid Dol, a model from another dimension. The bands live shows have had many different comparisons but most mention the bands ability to combine their music with the visual images they display behind them , to produce a show with a massive crossover appeal.

Voodoo Rays – A 4 piece alt/psych/post punk/pop/rock band based in London/Brighton
“rock that’s not been polished and manipulated, but is instead raw, rough and marvellously tactile” Supajam.com