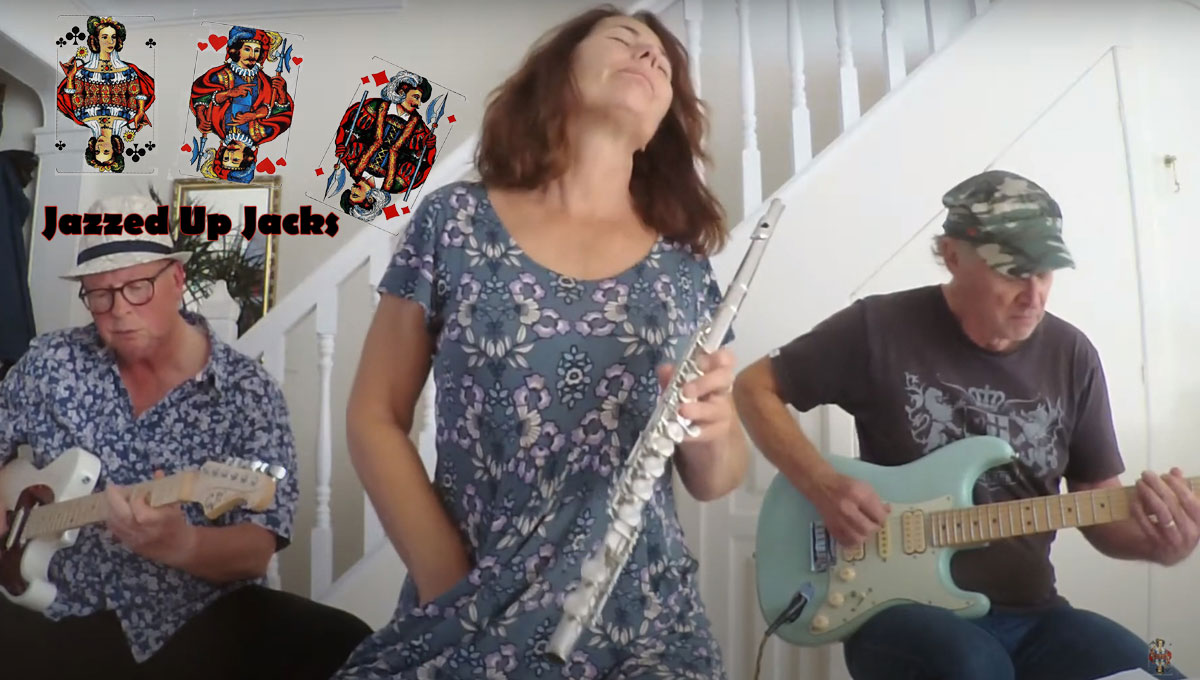 In recent times, Jack, John and Hanna have stepped out from their traditional comfort zones of rock, pop and folk into a more adventurous, jazz-orientated world, with a focus on composition and arrangement. They’re on a journey!

Relaxed, jazzy songs and instrumentals that evoke that cool 60’s chill-out vibe. Some classics, many originals, and much electric guitar and flute.

For the record, lounge music dates back to the 1920’s and 30’s when piano players would provide background music in saloons, speakeasies and bars. Over the years lounge music has morphed through several different incarnations while still retaining it’s main attribute… mood-setting. In the 1950’s and 60’s it became an easy-listening soundscape that differed from the then popular rock ‘n roll by offering a less complicated and more palatable music choice over full-on jazz. Nowadays… well, come and listen to Jazzed Up Jacks.