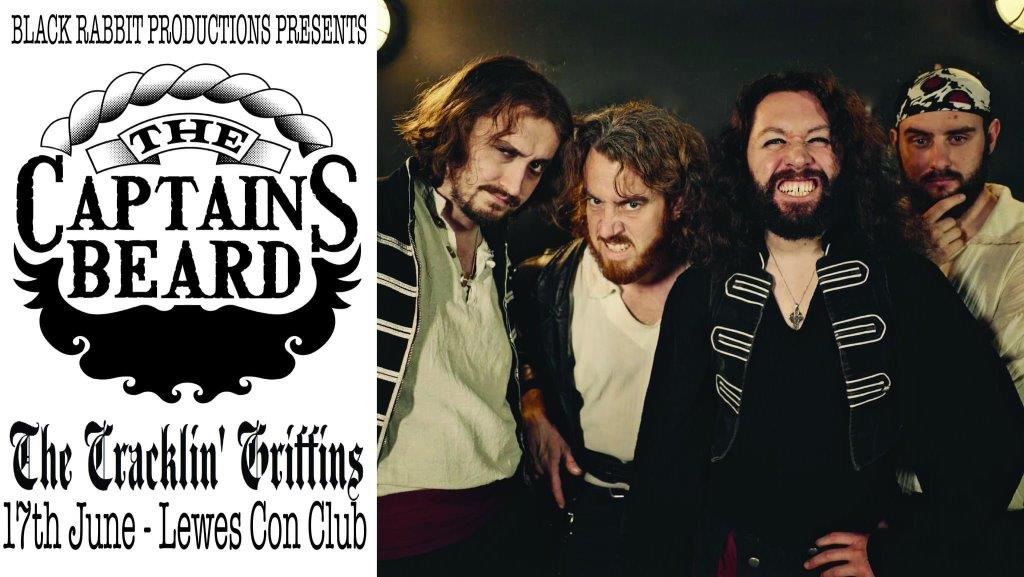 The Captain’s Beard are a folk rock group from Brighton, (the drinking town with a fishing problem.) They play traditional maritime and shanty music from the British Isles as well as their own material that combines the raucous vibes of the Pogues with an audacious and absurdist sense of humour. Their version of “John Kanakanaka” has received over a million streams on Spotify and international airplay.

They like to tour around Europe, ping ponging between Germany, Scotland, Belgium and the Netherlands. Playing places as lavish as Alexander Palace in London to quaint little family festivals. But wherever they play they bring an exuberant and energetic show with immaculate harmony singing. BEARD! Plus special support.

Cracklin’ Griffins  Formed in 1991, The Cracklin’ Griffins has begun it’s fourth decade sounding the best it ever has. It’s blend of fast and furious folk, with powerful ballads has long wowed audiences. Strongly influenced by The Dubliners, and The Pogues, but with their own style, built around the fast strumming strings, powerful vocal and virtuosic fiddle work, the Griffs are a must see for anyone interested in folk music that’s not for the fainthearted!