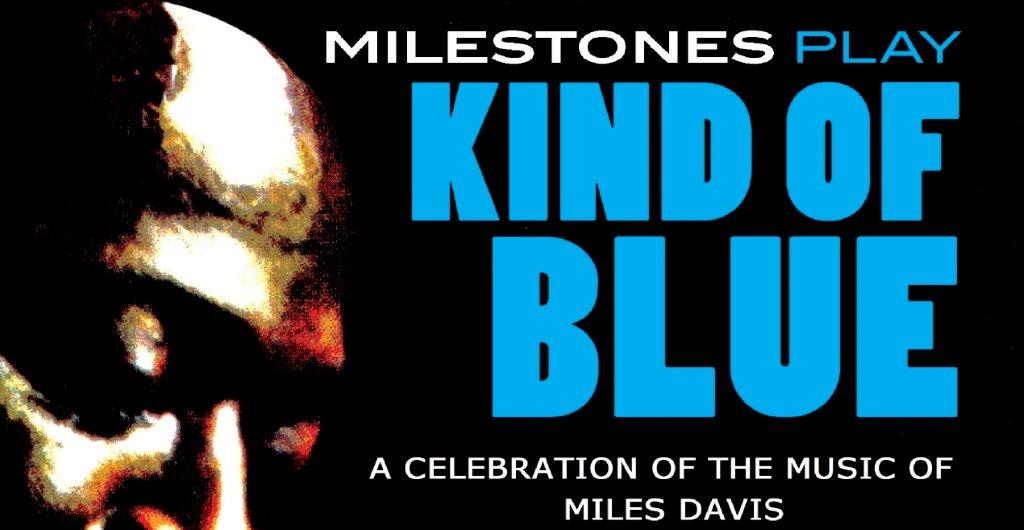 just a few tickets remaining! (as at Thursday afternoon)

We are pleased to announce Sunday Jazz At The Con, the first in a series of regular monthly gigs.

Miles Davis and his sidemen (Bill Evans, John Coltrane, Cannonball Adderley, Jimmy Cobb and Paul Chambers) made musical history when they recorded the iconic album Kind of Blue. They created a unique atmosphere of understated themes and improvisations and Kind of Blue went on to become one of the greatest and best loved jazz recordings of all time

60 odd years on Terry Seabrook has assembled a group of musicians to re-visit the album and perform it in its entirety. In addition they will perform some new arrangements of other classic Davis music along with a suite by Terry Seabrook commissioned for the 2010 Brighton Festival entitled Sketches Of Miles

It is 63 years since the release of Kind of Blue. On Dec 19th 2009 the US congress voted to recognize it as a national treasure and urged the protection and promotion of jazz.

A sell out Jazz concert,  a joy to behold, brilliantly thought out concept and programme, great players who respectfully delivered such revered music, putting their own individual stamp on it. Can’t recommend this project highly enough.  Mike Chadwick, Band on the Wall, Manchester (audience:170)

Thank you for the gig Terry, it was great turnout and everyone loved it. Nick Wells, The Apex Bury St Edmunds (audience:250)

Milestones are quite simply a breath of fresh air. They make the music of Miles Davis come alive in front of you as they perform the classic Kind of Blue album along with own self-penned tributes to the legendary trumpeter. Guaranteed to get audiences going. All in all, not to be missed!        (We had almost 150 people through the doors on a freezing cold winter night all who left happy.) Andrew Punshon, The Y Theatre, Leicester  (audience:145)

Many thanks indeed for a very special evening at Fleece Jazz. The music was exceptionally good, the evening really did swing and the audience left on a high.  Milestones also attracted one of the biggest audiences we have seen in recent months. It was really good to have not only a big crowd, but also plenty of new faces, some of whom have been to subsequent gigs and hopefully will become regulars. John Anderson, Chairman Fleece Jazz, Suffolk (audience:140)

We are always glad to say how much we appreciated performances at the theatre and yours was no exception to the our motto “you only hear the Best of the Best at the Bonington” The size and enthusiasm of the audience went along way to confirm that this was a great night out. Brian Pearce Nottingham Jazz House, The Bonnington (audience:120)

Thanks for the great job you and the band did. There have been many plaudits, for the band, passed on to us by the audience.  It was a real shot in the arm for “Jazz in the South” and Portsmouth jazz. Dave Brown, Portsmouth Jazz (audience:110)

This is a brilliant band, a testament both to the music of Miles Davis and to Terry Seabrook’s arrangements. ‘Milestones’ gave us our biggest audience of the entire season. Annette Keen, Under Ground Theatre, Eastbourne (audience:100)

We were all delighted at the Milestones performance. The band was very good and captured the mood of the Miles Davis. The event was near to full capacity and there was a superb atmosphere and we received many favourable comments from members of the audience. William Shaw, Coventry Jazz (audience:160)

Many of our customers said that it had been one of the best gigs, if not the best, gig that they’d been to in a long while. From a promoter’s point of view, Terry Seabrook and the band were a joy to deal with and it was a pleasure to welcome these musicians to our club.   David Day for Live Jazz in Oxfordshire (audience:110)

Milestones is not only a great sounding ensemble, but cohesive and exciting to watch. A great evening’s entertainment!   Simon Anckorrn, Hurst Festival (sellout)