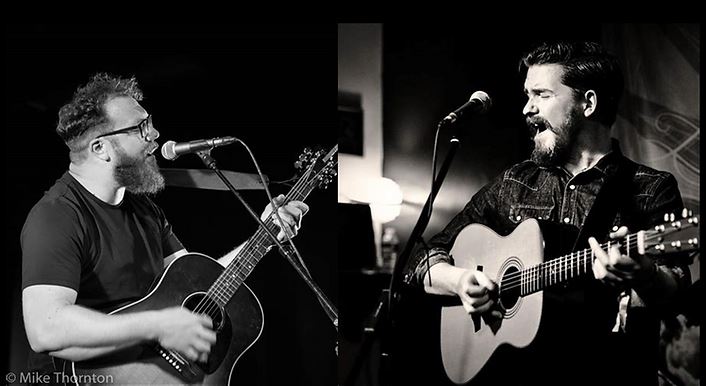 Two song writing legends unite to bring us their songs as they’ve never performed them before.

About the Event – We’ve been trying to make this particular session happen for a while and are absolutely delighted it is happening. Ben and John are some of our favourite artists. They have been friends for many years, so when we suggested they perform together they agreed, to our great joy. Supremely gifted songwriters and guitarists with magical voices. This will be a truly unique evening.

John Smith – has built a reputation as one of the UK’s finest guitarists and songwriters. Born in Essex, raised by the Devon seaside, and making his bones in the bars and clubs of Liverpool, John has released eight albums with over 55 million Spotify streams. He has played to audiences all over the world in living rooms, festival tents and sold-out concert halls. He is a genuine folksinger, an inquisitive truth-seeker, devoted song interpreter and enchanting writer. He has released eight records – “Headlong” (2017) reached #15 in the Indie Breakers chart, #1 on iTunes’ Singer-Songwriter chart, and over his catalogue has amassed over 50 million Spotify streams. ‘The Fray’ is Smith’s sixth studio album, and his vulnerability throughout is offered to his listeners, unadorned. “It’s been a hell of a year, but I feel I’ve created my most honest work as a result, and as a necessity. A lot of these songs are about accepting that life is hard, but just holding on and trying to enjoy it anyway.” The album includes collaborations with Sarah Jarosz, Courtney Hartman, The Milk Carton Kids and Bill Frisell, and Lisa Hannigan.

Ben Ottewell – is a founding member of Gomez, the British rock act whose debut album, Bring It On, won the Mercury Music Prize in 1998. Gomez never had a designated frontman — Ottewell, Ian Ball, and Tom Gray all sang, and the band’s albums usually included several vocal performances from each — but Ottewell took the helm more than his bandmates, making him one of the group’s most prominent members. After releasing the band’s sixth album in 2009, he began paving the way for a solo career, making his debut with the release of 2011’s Shapes & Shadows. His second album, Rattlebag, followed in 2014. In May 2017, Ben released his third album, A Man Apart. He is currently recording new songs with Gomez.